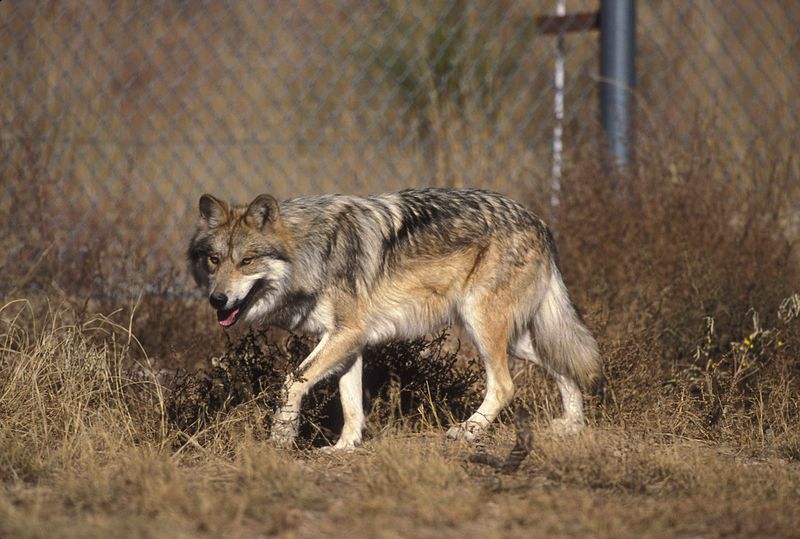 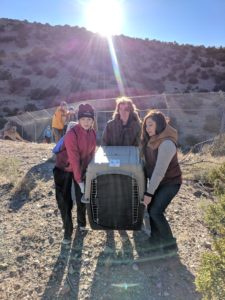 Last Tuesday, a crew of 11 dedicated students left town before the sun was even hinting at its return to the sky to help conserve one of the most endangered subspecies of wolves in the world: our lobo, the Mexican gray wolf.
This, the rarest subspecies of wolf in North America, was historically common in the Southwest until it was hunted, trapped, and poisoned to near extinction in the 1970’s. Since 1977, the US Fish and Wildlife Service (USFWS) has been working to conserve this species as part of an international effort to capture, breed, and release wolves back into the wilds of New Mexico, Arizona, and Mexico. Here in the state of New Mexico, there are multiple pre-release wolf facilities, including one on the Sevilleta National Wildlife Refuge (NWR).
The 11 students, hailing from Bosque School, Amy Biehl High School, and the University of New Mexico braved freezing temperatures and a very early wake up call to help capture and transfer two yearling male wolves from Sevilleta NWR to a facility in California where they will hopefully be paired with female wolves. In order to capture these individuals, a human wall was formed to walk the naturally fearful wolves into a corner den box where they were restrained by experienced personnel. The wolves were then given subcutaneous hydrating fluids (a saline solution injected into the space under the skin, to be absorbed by the body during their long journey), placed in a crate, and sent on their way. Led by the awesome women of the USFWS Mexican Wolf Recovery Program, this operation depended on our student team to assist in the capture, administer the subcutaneous fluids, and help carry the crated wolves to the transport van. 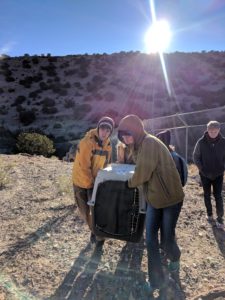 After the two yearling wolves were safely on the road to California, the students helped feed the rest of the wolves that remained in the facility. Students peeled over 30 delicious carnivore meat logs (essentially large sausages specially formulated to feed captive canine carnivores) and carried various body parts from road-killed deer into the pens for the wolves to feast upon. Students then helped clean the pens by completing the all-important job of picking up “endangered feces.”
On their return trip to Albuquerque, students were exhausted from a long and grueling day, but felt proud, excited, and grateful for the opportunity to assist with the conservation efforts for this beautiful and iconic endangered species.
Katie Elder – Wildlife Biologist and Student Research Advisor