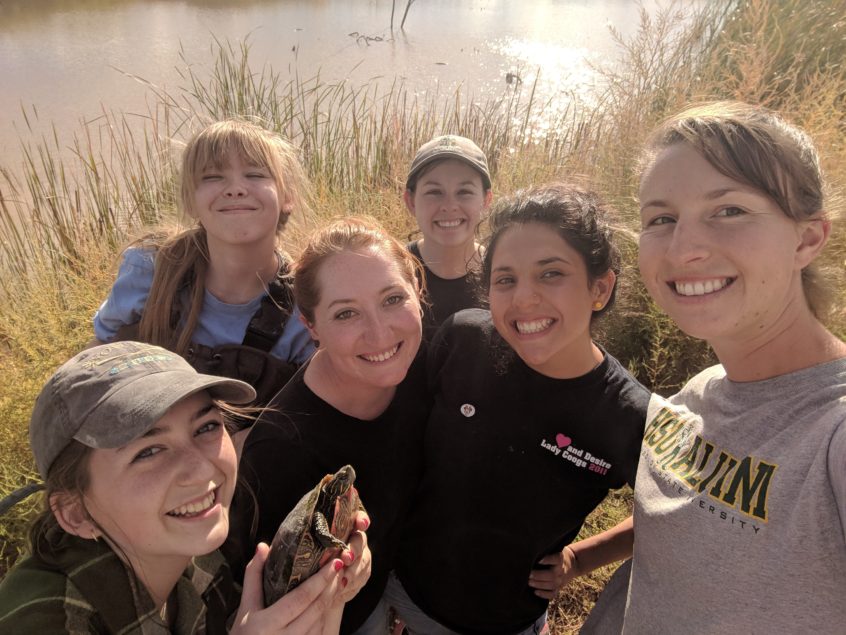 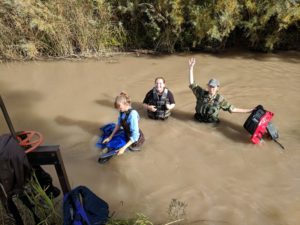 While most students were enjoying an extended weekend in the middle of October, a dedicated crew of Bosque School and UNM scholars spent four days trapping and taking genetic samples of freshwater turtles down south at the Bosque del Apache National Wildlife Refuge. Part of a larger project led by New Mexico Game and Fish and the University of New Mexico Biology department, this research seeks to better understand the genetic status of the Big Bend slider. This native New Mexican turtle is found in rivers, ditches, and lakes in the southern part of the state and is classified as a vulnerable species on the International Union for Conservation of Nature’s (IUCN) Red List. It is listed as such largely due to competition and interbreeding with the non-native Red-eared slider. This commonly-kept household pet has become prevalent in New Mexico’s wetlands due to people releasing their turtles into the wild. Although Red-eared sliders are not known to be present in Bosque del Apache, genetic samples from the refuge’s Big Bend sliders are needed to ensure that this population remains free from hybridization. 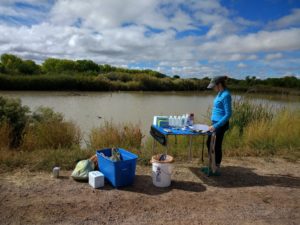 Bosque School students Alyssa and Isabelle ’20, teamed up with UNM students Shania, Amanda, and Jessica to trudge through waist-deep mud, lovingly referred to as the “Pit of Despair,” and the more easily navigated “Snag Pond” to collect this vital data. Our intrepid crew caught 47 new turtles and three recaptures, all native species. 43 were Painted turtles, two were Big Bend sliders, and one was the endearingly goofy-looking Spiny softshell. Each turtle was carefully weighed, measured, photographed, and micro-chipped for future identification. Nail clippings were collected from all turtles for isotopic analysis of their diets, and skin samples were collected from the two Big Bend sliders for genetic analysis. 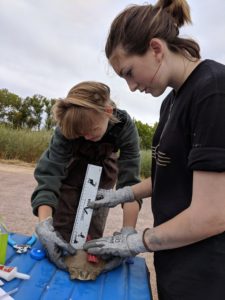 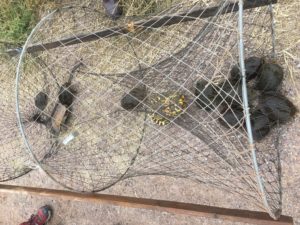 The turtle crew also saw many other animals and caught a few frogs and fish as well. While the fieldwork was tough and messy, this awesome group of women got a huge amount of work done and collected some incredibly valuable data. Amanda will be summarizing this research and presenting her findings at the Joint Annual Meeting of the New Mexico and Arizona Chapters of the Wildlife Society and American Fisheries Society in February. Alyssa will be presenting her research on the amphibian-killing Chytrid fungus at the conference as well. Both student scientists will also present their findings at the BEMP Crawford Symposium on February 15th! Stay tuned for more information on these and other exciting upcoming events!